You can use any Saylor Academy course for your skill development needs, and earn free certificates you can add to your resume, CV, or professional profile.

Education is that the process of facilitating learning, or the acquirement of data, skills, values, beliefs, and habits. Sagar Institute of Research & Technology (SIRT), Bhopal was established in 1993 by Er. Sanjeev Agrawal. The SIRT Campus at Bhopal is covering a neighborhood of roughly 50 acres. SIRT offers programmes in Engineering, Management, Pharmacy, and Medical with NBA accreditation for several Engineering courses.

Sagar Institute of Research & Technology (SIRT), Bhopal has emerged as a centre of excellence of upper education in Central India. Strategically located within the city of lakes Bhopal, this Institute has started carving a distinct segment for itself within the education domain and is rising as a shining star on the horizon of quality education. SIRT is a ISO 9001:2008 certified Institute. After the huge success of SIRT introduced more colleges like SIRT-S (Sagar Institute of Research, technology and science), SIRT-E (Sagar Institute of Research and technology- excellence), SIRT Pharmacy and SIRTS Pharmacy. SIRT, SIRTE, SIRTS, SIRTP, SIRTSP offer over 50 courses and till now over 50,000 students have enrolled themselves within the prestigious institutes of Bhopal. The determination and motive to spread prosperity bloomed once more within the heart of Sanjeev Agrawal, and he decided to introduce a faculty which may provide quality education and morality to young brains. Hence in 2018, The SAGE successfully launched Sagar International School at Ayodhya Bypass road, which became the primary school in Bhopal with all air-conditioned class, rooms and labs. Later in 2019 the legacy of SIS forwarded its legacy and introduced another branch at Kolar Road.The whole purpose of education is to show mirrors into windows, and Mr Sanjeev Agrawal understands it alright, which became the rationale that he established SAGE university in Indore in 2017 and massive success of SAGE university Indore he introduced SAGE university in Bhopal.

English as a Second Language

For Admissions and Scholarships 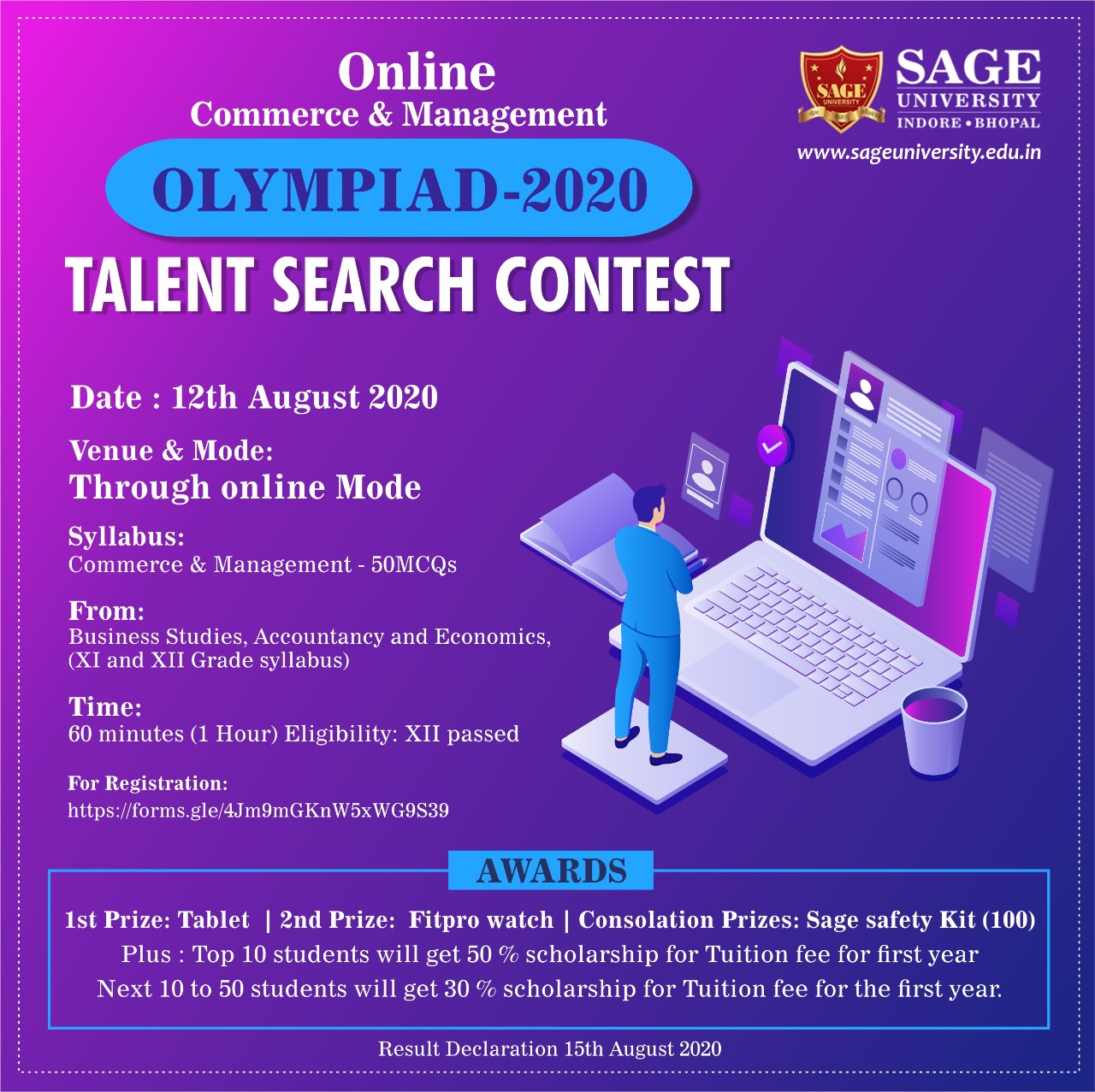